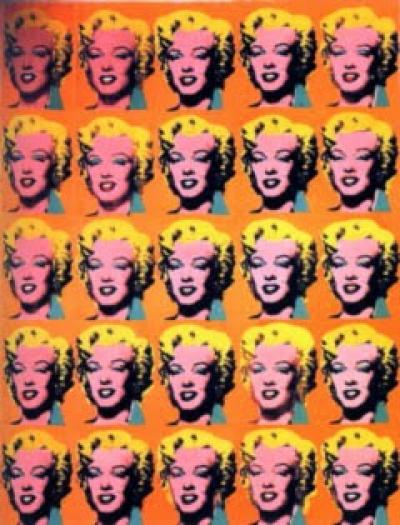 (Picture 16) Constructivist Vladimir Tatlin, a model of Monument to the Third International.

John Dewey stated,” The primary feature of the current ideological trend does not require any holistic perspectives and attitudes, which is the essence of Postmodernism.” The relations between mechanical civilization and Modern Art vary over time and have since progressively been modifying artists, from painting techniques, brushstrokes, materials to perspectives, subconsciously to consciously, on world views. The ideology transforms Modern Art from non-mainstream art into mainstream art and eventually dominates the entire Academicism.

Dada and Duchamp’s impact were rife from Europe to New York (Duchamp went to New York in 1913, returned to Paris in 1921, and emigrated to New York after World War I). Duchamp was considered the progenitor of Conceptual Art, Pop Art, Installation Art, etc., and subverted all the traditional principles of art.

After World War II, the American movement of “Abstract Expressionism” reformed “modern consciousness”. Jackson Pollock's experimental drip technique4 (also called action painting) was considered the most representative of Abstract Expressionism.
Historian Robin George Collingwood claimed,” For historians who are accustomed to studying science or philosophy, art is a rough and painful domain for it seems to constantly progress yet synchronously regress over the course of development, in which a harbinger of degeneration always takes place upon the commencement of a genre.” Indubitably, the statement refers to Modern Art.

During the 1950s, Europe’s economic advantages were superseded by America. The center of Modern Art shifted from Paris to New York in that British and American Commercial Art was introduced to Europe. With the emergence of Pop Art, the presentation of commercial civilization and mass culture in art galleries, and the popularity of mass media, came the so-called “Postmodernism” era (Picture 14). In the late 1960s, Western society was shrouded in “Postmodernism” that stirred analysis and criticism of Modernism and PostModernism in academic communities5. Against strong emotions depicted in Abstract Expressionism and the commercial popularity of Pop Art since the early 60s, Minimal Art had arisen. The artistic concepts of Minimal Art could be traced back to the 20th century Suprematism (blocks of color) in Russia, Constructivism (lines and structure), Duchamp’s “Readymades,” and Mondrian’s geometric abstract painting. Minimalism in visual art (Minimal Art) used simple geometric shapes and lines, and single color in artwork where creators eliminated personal feelings and elements of humans as much as possible. At the late stage of Minimal Art, particularly when Donald Judd became known by the public, the terms of painting, sculpture, design, and industrial products were meaningless themselves. Judd utilized single identical objects made in a factory to create his works which could be suspended from the ceiling or mounted on walls instead of being displayed on conventional bases. He attempted to present his works that were impersonal as possible with no trace of personal emotion and concept. The divergence between Minimal Art and Pop Art is that the former is a high-end industrial product sugarcoated with a sublimated manner while the latter is a popular low-priced commodity that is intelligible and accessible in American daily life. That is, Pop Art vulgarized art and Minimal Art deified manufactured products. (Picture 15 and 16)

Modern Art had been conceptualized to the extreme where notions monopolize. In the wake of the first Industrial Revolution, art “evolved” into “art synonymous with industry.” Since Minimal Art, there has been no trending art that comes to the fore.

"I think, therefore I am," addressed by René Descartes, a French philosopher and mathematician, to express his belief in the existence of God. However, popularized American “Post-Pop” Art stressed “I shop, therefore I am,” denoting that paying homage to God has been ousted by Commercial Art and that the life of modern people has been saturated with commodity fetishism.

Having been affected by the Industrial Revolution and science, Modern Art inevitably regards seeking the valuable qualities in materials as a standard. Minimalism nevertheless refers to being in a state of inactivity.

Oil painting technique was at its peak in Western art circles throughout the 16-18th century, which absolutely had to do with the calibers of painters’ mastery of painting materials and accomplished techniques. It was only notably after the Industrial Revolution when emphasis on conceptual application, contempt for technique betterment, and mass production of painting tools became the norm. The production of raw material and pigment which was primarily produced by painters themselves was replaced by commercial manufacturers since traditional formulas were failed to be handed down from past generations.

The artistic circles have mourned the demise of art given the presence of Duchamp’s Fountain for practically 100 years. Art has not perished but left uncultivated; on a serious note ─ degenerate.
At the outset of the 21st century, it is suggested that we analyze what Modern Art has brought us apart from radically developed art genres and diverse visual experiences. Is art an empirical science or a practice of corporate management?

German philosopher Martin Heidegger addressed in his later years, “Only a god can save us.”

The biggest challenge that artists are facing now are how to find a refined approach to art and how to return to the classical essence of painting in order to present high caliber works.

4. In late-stage drip painting, Pollock made random improvisational movements while he splashed or poured paint onto a canvas laid on ground.

5. Richard Tarnas. The Passion of the Western Mind. The downside of Postmodernism’s openness and ambiguity is a lack of solid foundation and holistic outlook on the world, resulting in intermingled boundaries of science, philosophy, religion, art, etc., where the essence of truth and reality becomes utterly vague. “People are professionals and hedonists without spirituality to the extent of having a pipe dream in which they have had the most advanced civilization in history.”