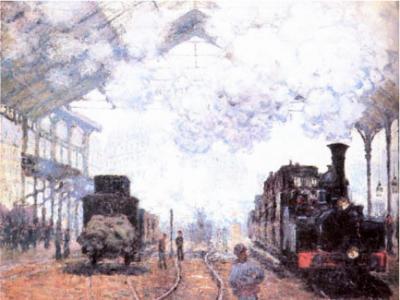 (Picture 8) Soldiers Playing Cards was painted by Fernand leger who advocated “the aesthetic of the machine.

(Picture 12) Henri Robert Marcel Duchamp, The Bride Stripped Bare by Her Bachelors Even (The Large Glass), 1915-1923, worked on visual cognition to objectify and mechanize humans. Does it mean that humans are eventually replaced by machines?

Since the Renaissance and Baroque periods, the themes in European and American visual arts had always been featuring stories about Gods and men. With the onset of the Industrial Revolution in the late 19th century — the most rapidly developed phase of economy and individualism in history — mankind has since entered a brand-new, so-called “modern” era of scientific discoveries, alienation from humanity brought by the Industrial Revolution, and changes in socio-economic structures1. Modern art and Modernism ensued. From then on, the arts have been following science and Modernism.

The Impressionist, Oscar-Claude Monet (1840-1926), produced a series of paintings of steaming trains pulling into the station, where towering iron-and-glass buildings stood, in 1877 (The Gare Saint-Lazare series).
The Paris railway station depicted by Monet implied that “the aesthetic of the machine” had formed and had been shaping the modernity of Paris after the Industrial Revolution. It illustrated life of a modern city in Europe and a new painting technique, the concept of which began to influence later artists. Mechanical civilization and modern art gradually metamorphosed from mainly depicting humans into objects, from non-mainstream art into mainstream art (Picture 2 and 3), and eventually leading the trend and constituting a different artform.

The Wet Nurse Angele Feeding Julie Manet was painted by Morisot in 1879. She accentuated the effects of light and shade, brush strokes, and paints at the surface than characters’ spirit. This is termed as modern painting, which later gradually replaces orthodox Academic Art.
Impressionism and Modernism started to imbibe modern scientific elements in paintings after the Industrial Revolution. Capturing light and shade at an early stage, Impressionists portrayed the “momentary” phenomena of nature; since Monet’s Impression, Sunrise (1873), it had been contrary to the spiritual themes of paintings of the past.
As influenced by the Industrial Revolution, changes in thoughts not only altered artists’ painting styles, but also turned creation into a machinery. Some art historians reckoned that artists no longer practiced techniques of realism because of the invention of cameras, which captured objects accurately. It was in fact a mere enticement that came from the same source of mechanical civilization (Picture 4, 5, and 6).

Three early stage modern artists, Monet, Matisse, and Cézanne used experimental and scientific thinking in their works — a divergence from those of the past. Their viewpoints coincided with Western society that worshiped science after the 18th-century Enlightenment and conceptually broke with tradition that accentuated painted subjects’ spiritual overtones. Artists were then considered synonymous with factories, continuously supplying new products, and synchronously developing new formulas.

Kazimir Malevich (Picture 6) who founded Suprematism in Russia once said,” Depicting the contours of human is meaningless to the Supermatists who seek new symbol as a medium to convey direct sensations of the world rather than observation or physical contact of the world.3” Developed during the period of Communist Party of the Soviet Union (CPSU), the party of the proletariat, Constructivism carried the aforesaid ideology to a further extreme where coldness, ruthlessness, and mechanics were promoted. The keynote of Suprematism was akin to Constructivism. The former adherents focused on painting, and the latter such as Naum Gabo and Vladimir Tatlin centered mostly on sculpture and architecture. Futurism, which originated in Italy, attempted to present the generation and motion of machine and dynamics in both painting and sculpture, and influenced a wide range of artists, including Duchamp who painted Nude Descending a Staircase, No. 2 (Picture 10) and the Dutch painter, Piet Mondrian who created geometric abstract painting (Picture 11). Mondrian’s adoption of vertical and horizontal lines and primary colors developed into Neoplasticism (De Stijl), which had an impact on the interior design of European architecture and the Bauhaus’ principle of design.

When it comes to Dada, Duchamp is the prominent figure who expressed his worship and pursuit of science both in private and public. “Artists can be as intelligent as scientists who take control of mathematical thinking,” said Duchamp. He created The Bride Stripped Bare by Her Bachelors, Even (most often called The Large Glass, 1915-1923) (Picture 12), inspired by a four-dimensional story written by Gaston de Pawlowski in 1908, with materials such as oil paint, two panes of glass, and lead wire stuck onto a canvas. The iconography of this work with reference to the representation of humans and activities was however presented with industrial objects to symbolize four dimensions. What good would the unintelligible painting have been if it would not have been for André Robert Breton’s interpretation of it? Duchamp had the most seminal impact on the 20th-century modern art and subverted the entire essence of traditional art. Following The Bride Stripped Bare by Her Bachelors, Even, the Readymade Fountain (Picture 13) created in 1917 was a factory-made household item but became an artwork with the artist's signature when exhibited in an art gallery. It ironically projected the mentality of Europeans at the time.

The dominant modern art genres of the 20th century have been accentuating nothing less than the development of modernity, reflection, or criticism. Picasso who advocated Primitivism searched out inspiration from African art, Matisse looked for elements in Islam, and Paul Gauguin left Paris for Tahiti in 1891 to find a primitive place where it was not contaminated by industrial civilization. Such ideologies could be deemed to rebel against European civilization and traditional art.

Dada was born out of a frustrative reaction to the turbulent state of European society after World War I. Not only did it examine contemporary civilization with radical approaches, but it challenged the essence of traditional art. On the other hand, it also employed scientific concepts and ideology which stemmed from industrial civilization to create art. As such, it is the most paradoxical school of modern art.